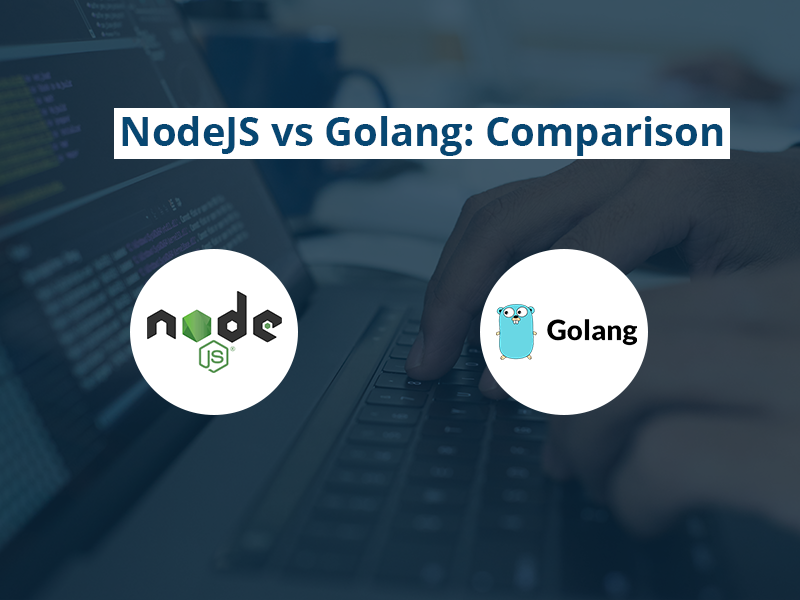 Building a mobile or web app gets challenging for developers and companies when it comes to choosing the right tech stack.

As there are a variety of programming languages available to pick from, it gets harder for developers to choose the most suitable one for the project. Though the list is lengthy and the languages vary widely, making it is difficult to choose the best option for your individual situation. In this blog, we’ll compare NodeJS vs Golang to help you decide which language is ideal for your project. But first, let’s get the basics straight before we begin our comparison.

Golang was released in 2009, the same year as NodeJS. The engineers at Google created Golang, commonly known as Go, which is an open-source, statistically typed, multipurpose, cross-platform, compiled, and quick programming language to solve certain problems by combining the strengths and eliminating the shortcomings of existing programming languages.

Because Golang is so well-liked by web developers, some may view it as the perfect savior for the industry. But NodeJS is equally as good. Both are great options based on individual preferences, albeit they are in a close race. Let’s examine a few areas where the two technologies vary more closely to end the long-lasting debate.

NodeJS is an open-source JavaScript runtime environment created for the server-side development of both complex and simple scalable network applications. NodeJS runs on various operating systems such as Windows, macOS, and Linux.

The foundation of NodeJS is Chrome’s V8 JavaScript engine, which parses and executes JavaScript code in a Chrome engine in the background. For creating and delivering scalable server-side applications, rich libraries are there in NodeJS.