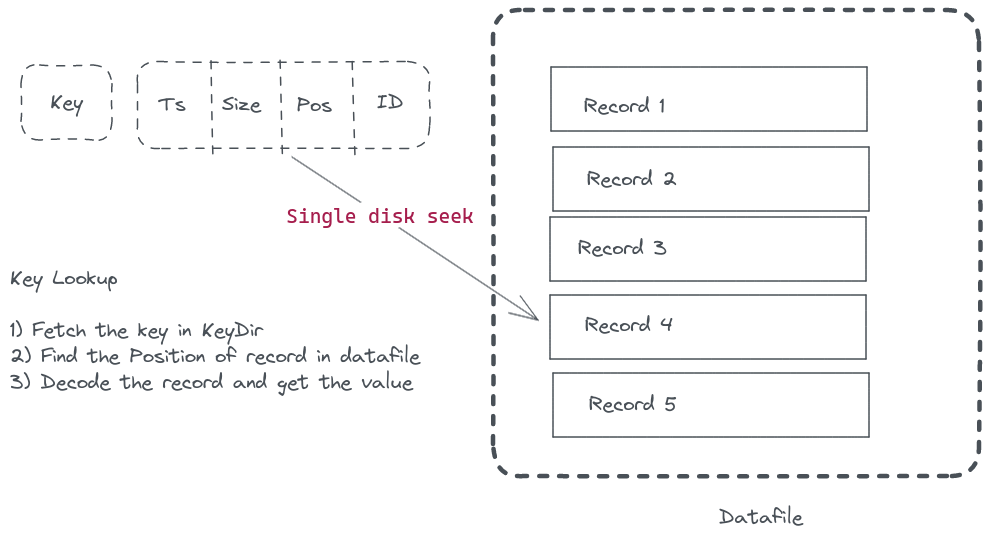 I’d been mulling around reading a computer science paper and implementing a project based on it. Distributed systems, Networking and Databases are some of the things that fascinate me a lot. However, I had been looking to implement a more approachable project to avoid getting inundated initially. And I happened to chance upon the Bitcask paper through Avinash’s project: CaskDB.

After giving a quick read of this reasonably short paper, I decided to write a Golang implementation of the same, as it looked like an exciting project. If you’re interested in checking out the complete project, checkout BarrelDB.

Bitcask is a disk-based key-value storage engine designed for fast read and write operations. It is mainly used in production by Riak (a distributed database) as one of the storage engines. Bitcask under the hood has a straightforward yet clever design. It writes to the file in an append-only mode. This means that writes are performed only by appending to the end of the file, thus avoiding the need to perform any random disk I/O seek.

Format of the record

This additional metadata stored alongside the key/value is represented with a fixed-width header. Each field is represented as int32, so the total size of the header is 4*5 = 20 bytes. Here’s the code which encodes and decodes this record:

The record is encoded in the binary format before storing it on the disk.

Get a Golang Remote Job

A “datafile” (term used for the DB file on disk) is an append-only record of all the write operations. An instance of Bitcask can have several datafiles. However, there’s only one “active” datafile. In BarrelDB, a goroutine runs in the background at regular intervals to check if the size of the active DB file has crossed the threshold and then rotates the active file. It appends this DB file to the list of “stale” data files. All the new writes only happen to the “active” data file, and the stale files are merged as a part of the “compaction” process (described later in the post).