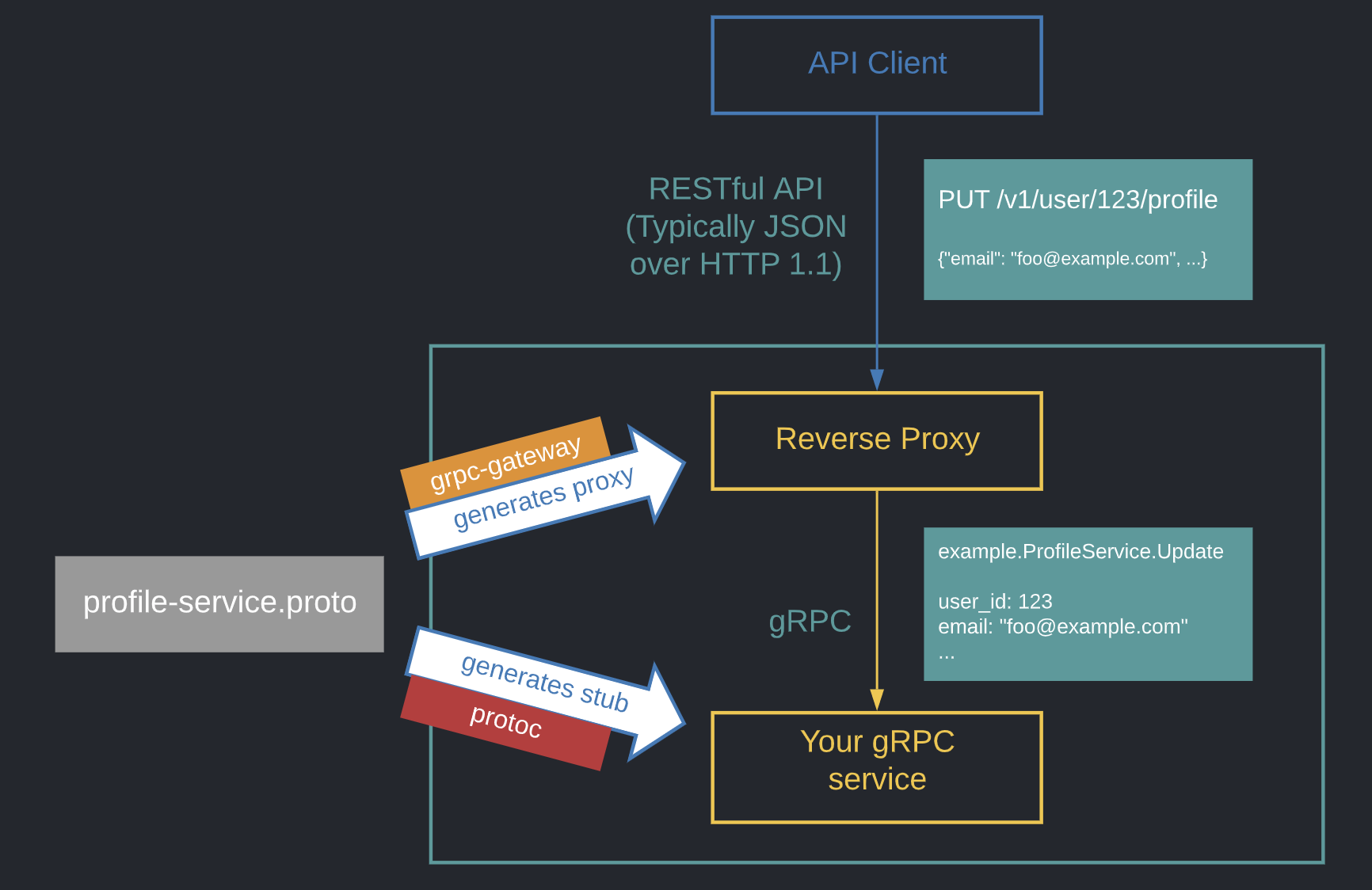 The gRPC-Gateway is a plugin of the Google protocol buffers compiler protoc. It reads protobuf service definitions and generates a reverse-proxy server which translates a RESTful HTTP API into gRPC. This server is generated according to the google.api.http annotations in your service definitions.

This helps you provide your APIs in both gRPC and RESTful style at the same time.

Get a Golang Job

You can read our docs at:

We use the gRPC-Gateway to serve millions of API requests per day, and have been since 2018 and through all of that, we have never had any issues with it.

gRPC is great — it generates API clients and server stubs in many programming languages, it is fast, easy-to-use, bandwidth-efficient and its design is combat-proven by Google. However, you might still want to provide a traditional RESTful JSON API as well. Reasons can range from maintaining backward compatibility, supporting languages or clients that are not well supported by gRPC, to simply maintaining the aesthetics and tooling involved with a RESTful JSON architecture.

This project aims to provide that HTTP+JSON interface to your gRPC service. A small amount of configuration in your service to attach HTTP semantics is all that’s needed to generate a reverse-proxy with this library.

The following instructions assume you are using Go Modules for dependency management. Use a tool dependency to track the versions of the following executable packages:

This will place four binaries in your $GOBIN;