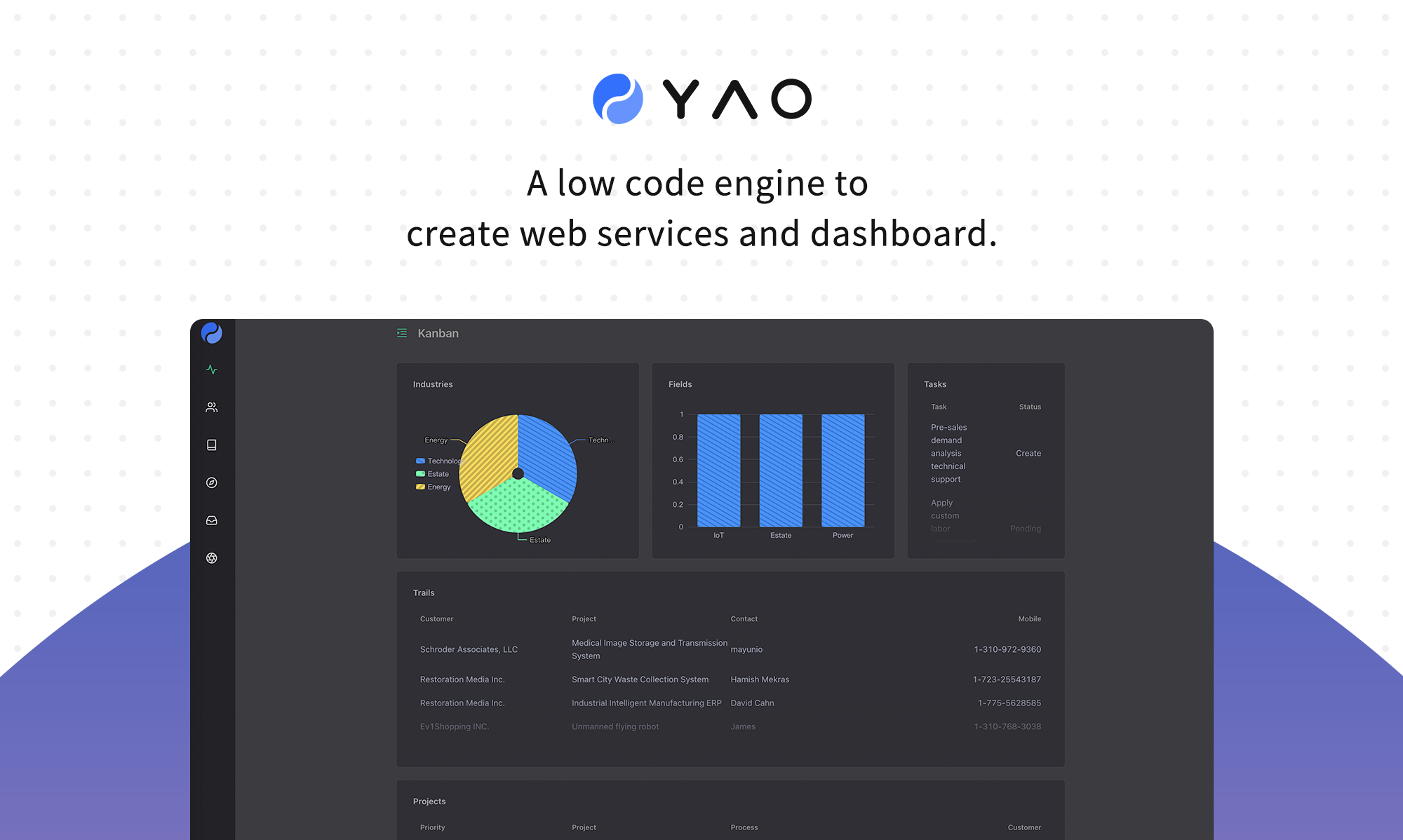 A performance app engine to create web services and applications in minutes.Suitable for AI, IoT, Industrial Internet, Connected Vehicles, DevOps, Energy, Finance and many other use-cases.

Yao allows developers to create web services by processes. Yao is a low-code engine that creates a database model, writes API services, and describes a dashboard interface just by JSON for web & hardware, no code, and 10x productivity.

Yao is based on the flow-based programming idea, developed in the Go language, and supports multiple ways to expand the data stream processor. This makes Yao extremely versatile, which can replace programming languages ​​in most scenarios, and is 10 times more efficient than traditional programming languages ​​in terms of reusability and coding efficiency; application performance and resource ratio Better than PHP, JAVA and other languages.

Yao has a built-in data management system. By writing JSON to describe the interface layout, 90% of the common interface interaction functions can be realized. It is especially suitable for quickly making various management backgrounds, CRM, ERP, and other internal enterprise systems. Special interactive functions can also be implemented by writing extension components or HTML pages. The built-in management system is not coupled with Yao, and any front-end technologies such as VUE and React can be used to implement the management interface.

Run the script under terminal: (MacOS/Linux)

After the command runs successfully, the app.json file , db, ui , data and other directories will be created

Use the yao migrate command to create the data table, open the command line terminal, run in the project root directory:

Yao’s name is derived from the Chinese character yao (yáo), the primary symbol that makes up the Eight Trigrams. The Eight Trigrams is a symbol system created by the ancient god Fuxi after observing and summarizing the laws of nature, which can refer to everything. Yao has two states of yin and yang, like 0 and 1. The transformation of yin and yang of Yao drives the replacement of Eight Trigrams, so as to summarize and record the development law of things.